I had so much fun creating the first Urban Pattern, that I thought I’d give it another whack. For this one, I chose as my starting point, a humble pedestrian ramp on Via Canonica, in Milan. The results are in. Strangely it ended in (1) A fish-scale kimono pattern (which you’ll see near the bottom of the post)—a minimalist curved take on the linear structure that I started with and (2) A repeated cloudburst pattern—shown here—in which the linear spokes, but not the silhouette itself, dominate. But that’s the fun of these exercises. You have no idea where you’ll end up.

So. Here’s what I saw, followed by what it became, more or less step by step. There’s also a half-fan version in my drawing folder, based on the original half-ramp rendering you see below, where the shape lies in layers like wings or feathers. Very nice, but maybe for another day: 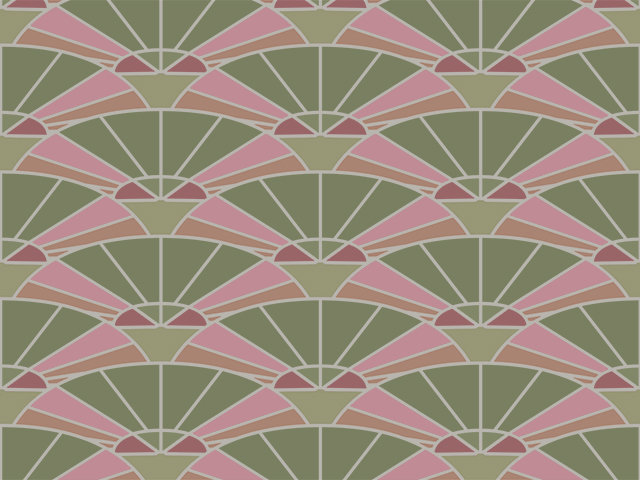 Then I amused myself by making wallpapers out of a couple of them. Forgive me, Farrow & Ball for covering up your lovely wall colors. 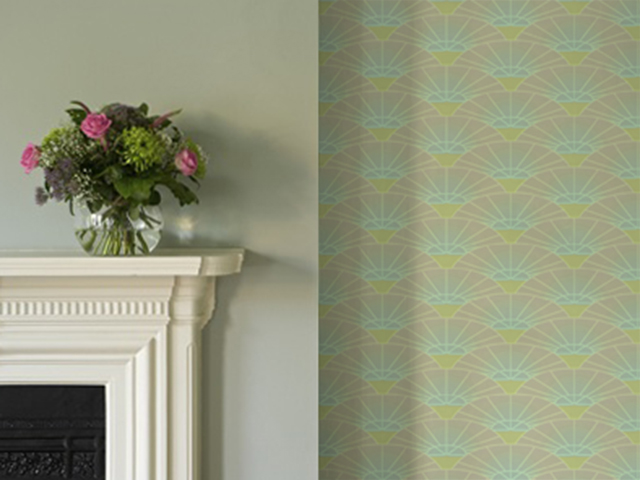 Like Loading...
This entry was posted in AROUND US, URBAN PATTERN and tagged Farrow & Ball, Milan, pattern, pedestrian ramp, street, textile, via canonica. Bookmark the permalink.