A river runs through me

Once upon a time, August 2010 to be fairly precise, I started a blog. I named it “The Daily {French-Italian} Cure.” The French-Italian part was stuck in there because I didn’t want this to be a generic archive of  things I like. I specifically wanted to collect those things about France and Italy that have, in a very substantial way, “cured” me of some restless desire I had as a young woman to have “more.” And by “more,” I don’t mean more in a material sense. I mean more life, more experience, more depth, more…more of that undefinable stuff that makes you feel connected to your own passage, the Earth, all of it.

I often felt in the U.S. that I was part of a swiftly moving river of useless change. Change for the sake of change. New-is-better-than-old kind of change. I think, I hope, that the trend itself (which I experienced acutely in Atlanta, Georgia in the mid 80’s) is changing. Maybe it was the media (maybe it was Fox News!) but I felt like American culture was conditioning me to live in a state of anxiety, expecting the worse. Simultaneously, I felt, for lack of better words, “That there had to be more.”

It’s easy—far too easy—to blame things on cultures and countries, without realizing that what ails you is inside yourself, perhaps buried in your own past, genetic makeup or lack of maturity. As the cliché accurately reports, “Wherever you go, there you are.” So it’s impossible to say whether Europe made me literally feel better, or if I, when I came here, changed in fundamental ways, thereby making myself feel better.  Ah, the things we will never know. 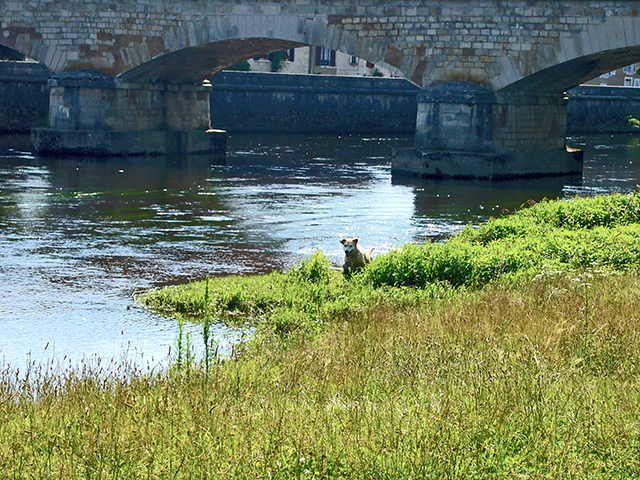 But it’s nice to think that I found a home here. And that it did, in some way, speak to my soul in a language my soul could better understand. For whatever reason, I feel part of some great flowing energy. More than ever before.

When I started this blog, I remember being in a heightened state of gratitude about all that surrounded me here in Burgundy. It is, for me, one of the most beautiful corners of the earth. It makes my heart ache. 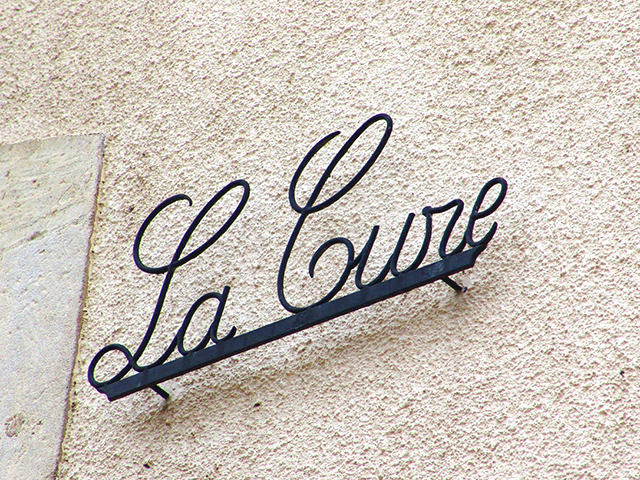 A river runs right by our little town. It is called, appropriately enough, La Cure. The Cure. It rises in the Morvan and merges into the Yonne. I have no idea what the origin of its name is—if, in fact, it was considered a cure of some sort—but our pilgrimages here, every year, are definitely therapeutic. We cross the river and enter into another state of mind. We watch the little river flow by, and let ourselves flow away with it. Rivers don’t wait for you to find your meditative state; they take you to it without hesitation.

Hence “The Daily Cure.” Not a grand promise that I can cure you of anything at all. But an attempt to feel the river’s flow even when it’s not running at our feet. I don’t always succeed, and recently I’ve not even been able to carve out the time to write, but I wanted you to know the reason behind the name. The reason this experiment exists.  I can’t take the beautiful Cure back to Milan with me, but I try. The river keeps flowing…

Like Loading...
This entry was posted in AROUND US, FRANCE and tagged France, La Cure, rivers, the cure. Bookmark the permalink.

21 Responses to A river runs through me