Pee Wee Herman once said that he loved fruit salad so much, he thought he’d marry it. I’m already married, but my monogamous bliss may be under attack even as we speak by an equally unsuitable suitor. “The interloper?” you ask. Why, none other than a bunch of wooden doors.

I really must give credit to the French carpenter who understands perfectly when finesse is required and when it is not. We talked with him at length about what we envisioned, trying crudely to put our thoughts and instincts into approximately correct French. We gestured and mimed about plank width and degree of finish; we considered various types of latch and hinge. I don’t think we communicated particularly well, but he understood nonetheless, and created doors that have become none other than objects of my love. 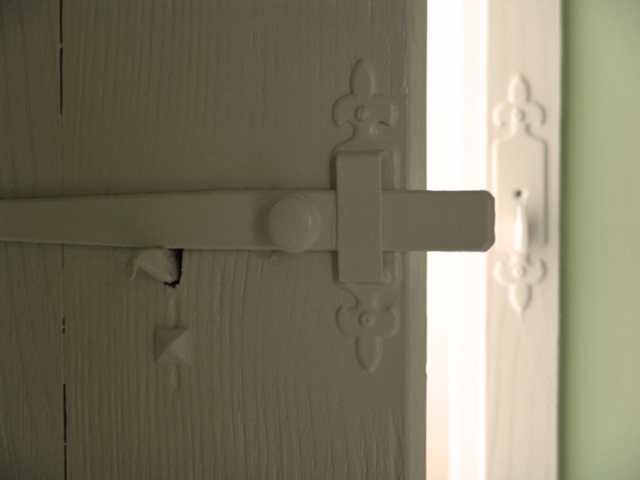 I leave you with this:

Like Loading...
This entry was posted in FRANCE, IN THE HOUSE and tagged barn doors, doors, hardware, hinges, love, pee wee herman. Bookmark the permalink.