Milan, that great Gray Lady, has not filled her wardrobe with greens, but the color has, like a tenacious weed, crept into the cracks of her closet providing life and vibrance when weather permits. Which is to say, that much of the green (though not all) in Milan’s overall palette is there thanks to both nature’s insistence and man’s neglect. 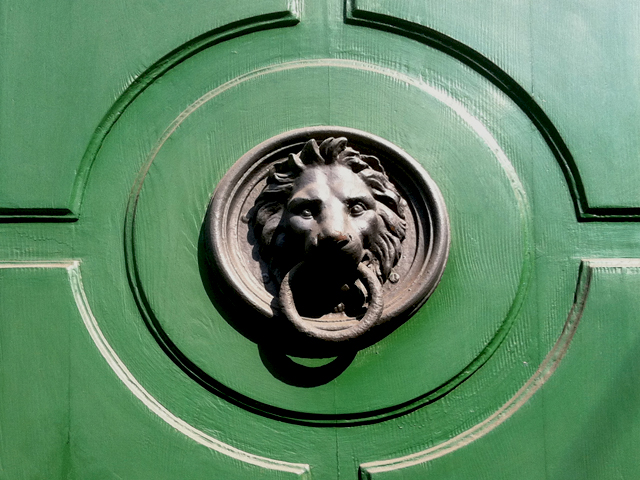 When I first moved here, ironically, I hated the green despite the fact that it is probably my favorite color. The Milanese, for all their properness, are not ones for manicuring and weeding. Thus tram tracks and park benches, ruins and castles are punctuated by the random sprouting of grass, dandelions, and whatever else the Earth has on offer. This is not to say that the well-tended hedge doesn’t exist, but this is by no means Paris, with nature ubiquitously sculpted to the millimeter.

As has happened with so many other aspects of life here, the passage of time has placed a filter (you could call it love) between my eye and the unkempt. I now see that the green softens hard lines, playing counterpoint to the architectural accuracy of man. As with the ingredients in Italian cooking, greenery is often left to its own best devices. Vines such as vigne vierge and wysteria know what they’re doing. The more you leave them alone, the more they grow in beauty. 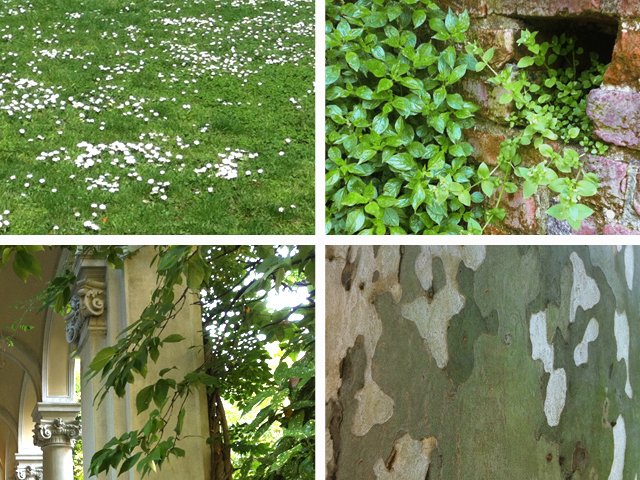 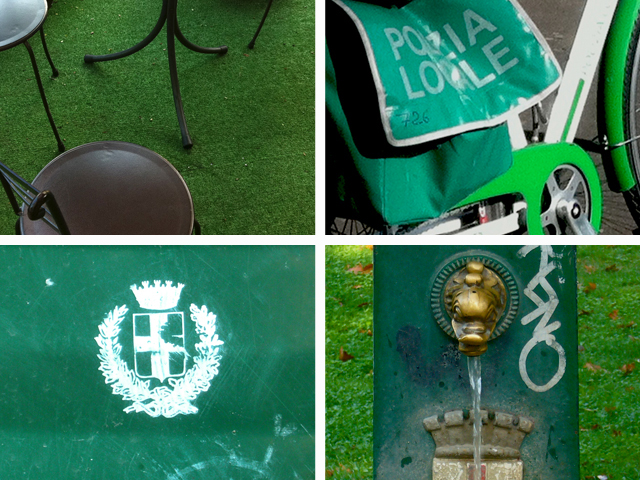 Green is also the color of “public” Milan. Park benches, garbage cans, gates, and fountains are painted green. In this, too, the Milanese are not particularly fastidious. Sometimes it’s kelly green, sometimes forest. Sometimes sour apple, sometimes emerald. Typically the color plays straight man to something more ornate—the city’s seal or the loose, aggressive hand of a spray-painter.

Awnings and banners are often a dark, rather soothing green, placed between you and the sun as if the color could literally cool you down. Pharmacies announce themselves with green neon crosses. This is the color of life, vitality, healing.

And here and there, if you look very carefully, you’ll see the odd palazzo painted a minty or sage green. These buildings and their weathered paint-jobs tug at my heart, for they are part of the old Milan, and yet they have resisted the trend toward ochre, cream, gray and stone. They hint at the insistence on being fanciful, light-hearted, and eccentric—even when so many forces around us would have us relinquish these precious human qualities. 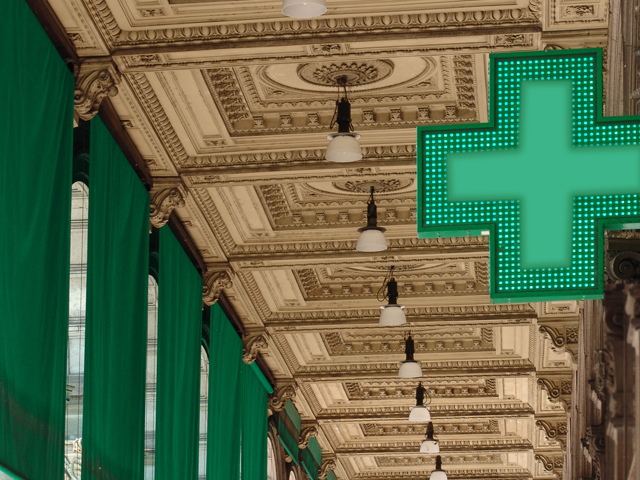