Yesterday and the day before, Italians were at the polls—that is, who deigned to venture there. We tend to think that it’s one’s duty to participate in democracy by voting, but what if, really, there is nothing to vote for? What if what is good and true and decent and runs deep in the blood of your countrymen, threatens to be undone, obstructed, ignored and/or negated by the farce that is your government? What if your choice is between a liar, a comedian and a gazillionaire clown?

I’m exaggerating, maybe. I’m not really sure. I’ve never been able to follow the nuances of Italian politics, and given the sheer number of parties it would be a full-time job, requiring a mastery of the Italian language, which I do not have. But it seems to me, that this election was summed up with a great deal of head-shaking and eye-rolling, on the part of my friends, and comments which roughly translated into: “We’re really in the shit this time.” Where do you turn when economic hope dwindles every day and the people who propose themselves as solutions can’t talk seriously about solutions? What does it mean that the candidate more and more Italians began to agree with handed their own anger and frustration back to them on a platter, and at a higher decibel? Yes, there were ideas, too, and the anger was justified…but so much rage…and where does that take you in the end? 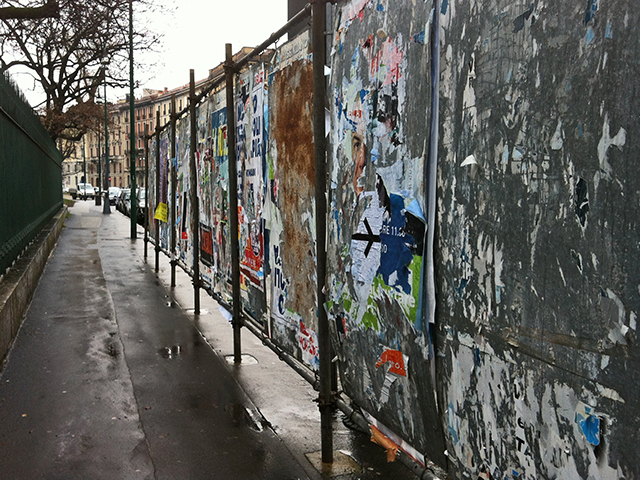 Not that American politics, lately, is anything to be proud of. It seems that the job of politicians worldwide is to oppose each other with a vengeance, dig into unsustainable positions in the interest of “winning,” and, the people be damned. I remember when Obama was elected. Even if all that potential wasn’t reached and all that hope wasn’t translated into reality, it was an amazing moment. I so wish someone new and valid and intelligent would appear for Italy.  Someone with a vision, and that most beautiful of all things: a plan!  Someone who’s not recycled from the slush heap, someone who has the power to reign in all the disparate voices and interests in the common interest of this amazing country. Someone that could speak from his heart to theirs! But I think I’m asking too much. 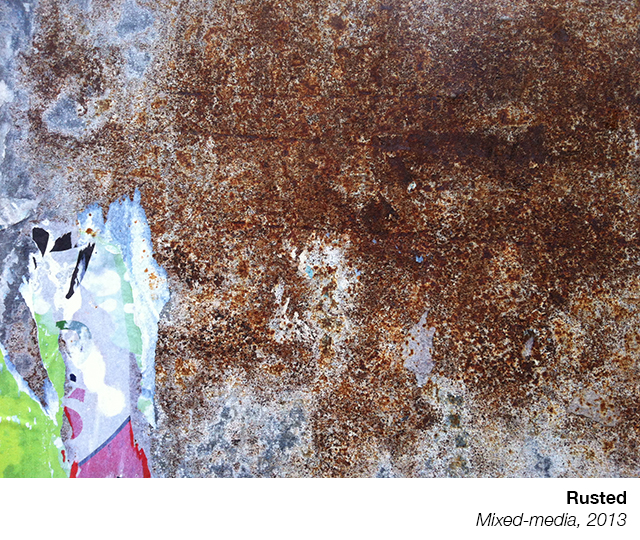 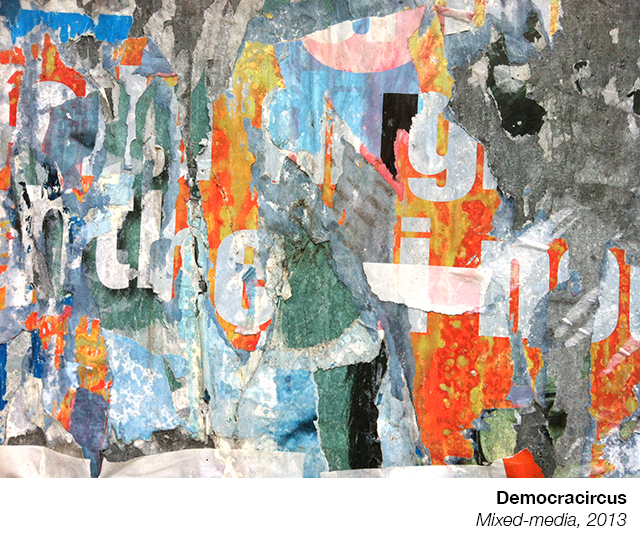 Every election season, Milan is full of temporary, mobile billboards that shout slogans and faces for the weeks preceding the election. It’s a blur of opinions, slurs and really good dental work. When the elections actually occur, the billboards gradually fall into tatters, and are eventually removed until the next cycle. I have always found these tatters fascinating, perversely beautiful and telling: They say more truth about the political scene than any written word. I amuse myself by giving these accidental works of abstract art the titles they seem to deserve. 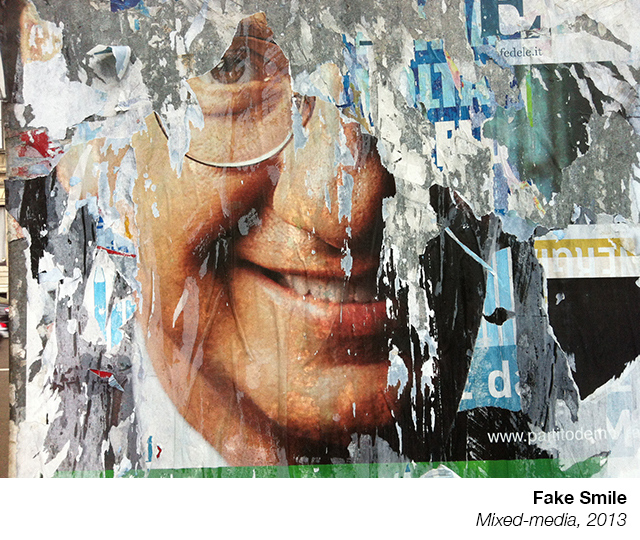 Like Loading...
This entry was posted in AROUND US, ITALY and tagged Italian election, madness, politics, sadness. Bookmark the permalink.

7 Responses to Politics in tatters